Istria lies in the south-east of Europe and is the largest peninsula in the Adriatic sea. It is located at the head of the Adriatic between the Gulf of Trieste and the Bay of Kvarner. It is shared by the three countries: Croatia, Slovenia and Italy.

In the area of the Adriatic sea there is a mediterranean climate, except in its northern part. In Trieste bay there is a slight feel of mainland climate, which leads to more rain fall and nice air temperatures in spring and autumn. So we say that Istria falls into a submediterranean type of climate, where, during the coldest part of winter, average temperatures don’t fall below +4 degrees Celsius and during the hottest part of the year, they rise over +22 degrees Celsius. An average rain fall per year is between 1000 and 1200mm.

From the view of sport climbing in general, climbing is possible during the whole year. Autumn and spring are top seasons with friendly temperatures to belayers as well. Sunny winter days are the most appreciated by the local climbers, where outside temperatures are just above zero, but when the sun hits the rock, everyone is climbing without a T-shirt. These are brilliant conditions for the hardest sport climbing routes.

If winter is about searching for the sun beam, summer is about avoiding it. Shade can be found pretty much on every climbing area. Early morning or evening days out climbing are doable. In meantime, a quick jump into the Adriatic sea nearby will do you good.

Since different sectors reach their optimal climbing conditions in different seasons of the year or certain weather, here’s a list of our recommendations where to go: 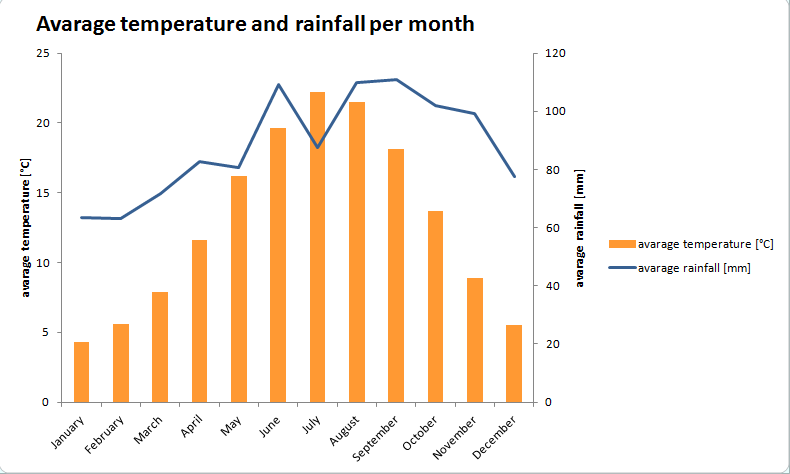